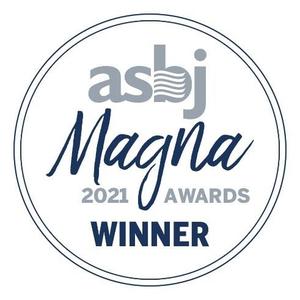 Sponsored by NSBA’s flagship magazine, American School Board Journal, the Magna Awards honor districts across the country for their programs that advance equity and break down barriers for underserved students. McDuffie County Schools was selected as a winner by an independent panel of school board members, administrators, and other educators.

As a member of the Archway Partnership, the district has collaborated with area governmental agencies, local businesses, and regional industries. Through the Workforce & Education Issue Work Group, Archway Partnership members contributed expertise and support for two key system projects on this forefront: the JumpStart apprenticeship program and the opening of a welding lab. In the two years since the apprenticeship program was re-branded, participation, even in a pandemic, has risen and more businesses are engaged. Because of the JumpStart efforts, the number of students enrolled in work-based programming increased (267 enrollments in 2019-2020, including 79 in the JumpStart program), and several were hired for spring break internships and full-time post-graduation employment. In its first year, the Thomson High School welding program produced state winners and scholarship recipients at the SkillsUSA competition. The pathway’s inaugural class of 107 students was so excited about the program that they requested the third course, Welding I, be added in order to complete the pathway in one year, rearranging their second semester schedules to forego other electives to participate. The pathway’s first class of 15 graduated in May 2020.

“2020 was a year like no other,” said NSBA Executive Director and CEO Anna Maria Chávez. “The 2021 Magna Award-winning districts represent the enormous efforts of school leaders during the pandemic to continue removing barriers to achievement for their underserved and vulnerable students.”